*Disclosure: PR samples- I received these polishes free of charge in exchange for photography.*

For April’s collection, Sophie was inspired by the work of Australian artist Polly Kimm, in particular her painting Summer Day.

From the maker: Polly’s artwork really captivates me. I’m immediately drawn to her almost-neon splashes of colour amidst the more iconic dusty ‘dirty’ greens and browns of our country’s landscape. She takes our bushland and twists it into a dreamscape of fantastical colour play while keeping it distinctly recognisable as being Australian; and I really love how she  executes this in her work.

From the maker: Named after the Yellow Monday cicada – we have more than 200 species in Australia! Some large cicadas like the Yellow Monday and the Double Drummer produce a noise intensity more than 120 dB at close range (this is approaching the pain threshold of the human ear).

Then I opened it up, and I must say–It does live up to the expectation. There’s nothing shy about this topper, but it still has the trademark elegance of FF, served with a heavy dose of the signature quirk as well. Spectacular indeed.

As usual with neon yellow, the actual color of the glitters is brighter and leans a little bit more green than it’s probably showing on your screen. The iridescent effect adds a beautiful glistening look. Usually with glitter toppers I like to show them in three coats, but I was happy with the glitter density and distribution at two coats, so that is what you see. I did not have to fish for any glitters, although I did do some placement with the brush. 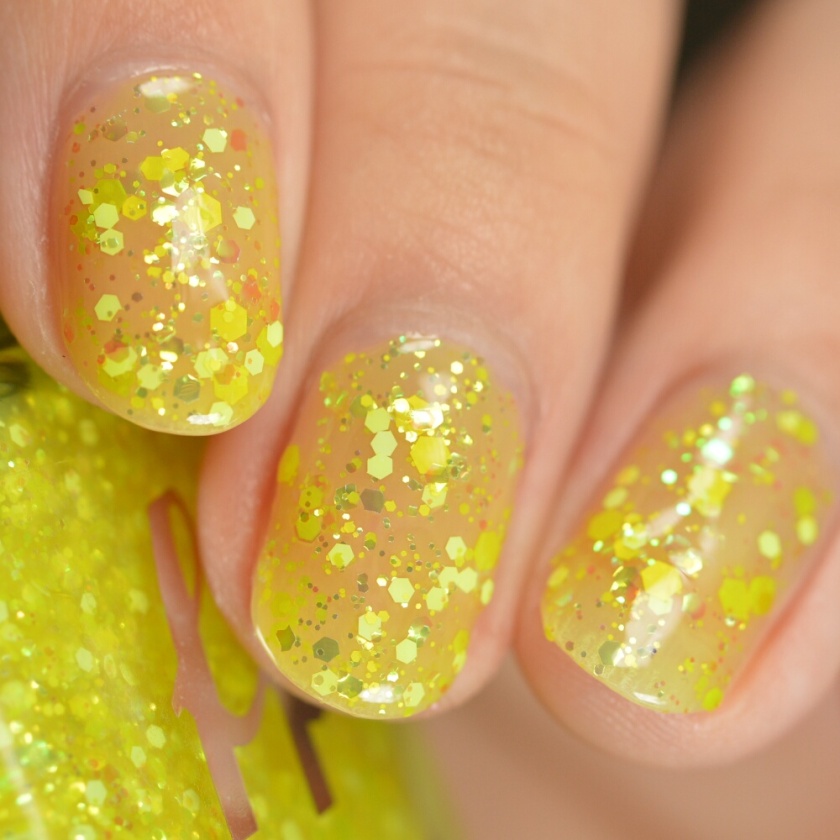 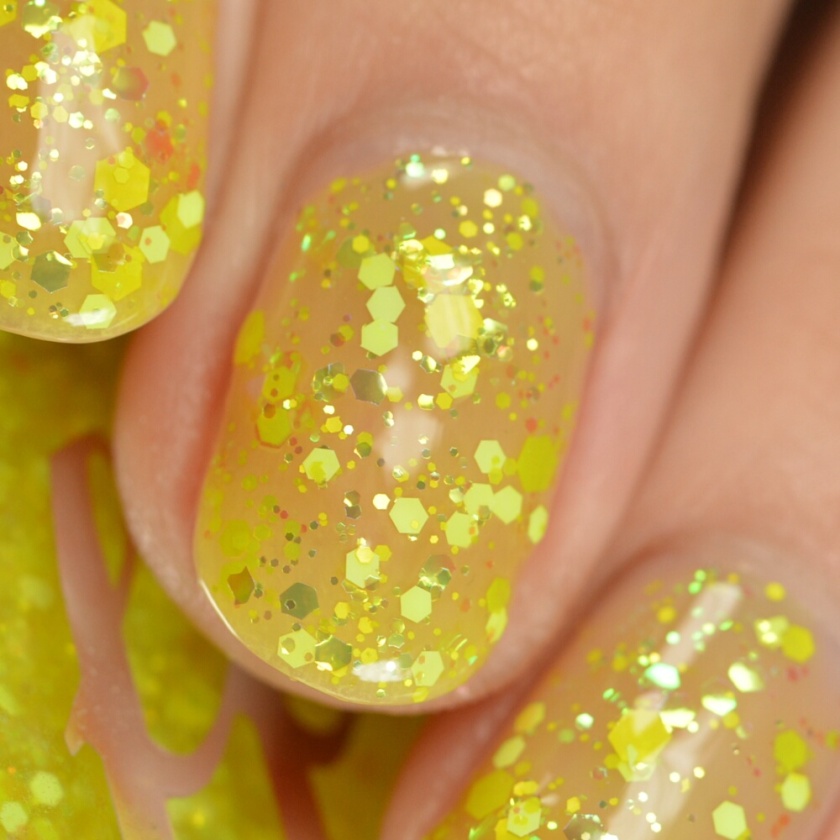 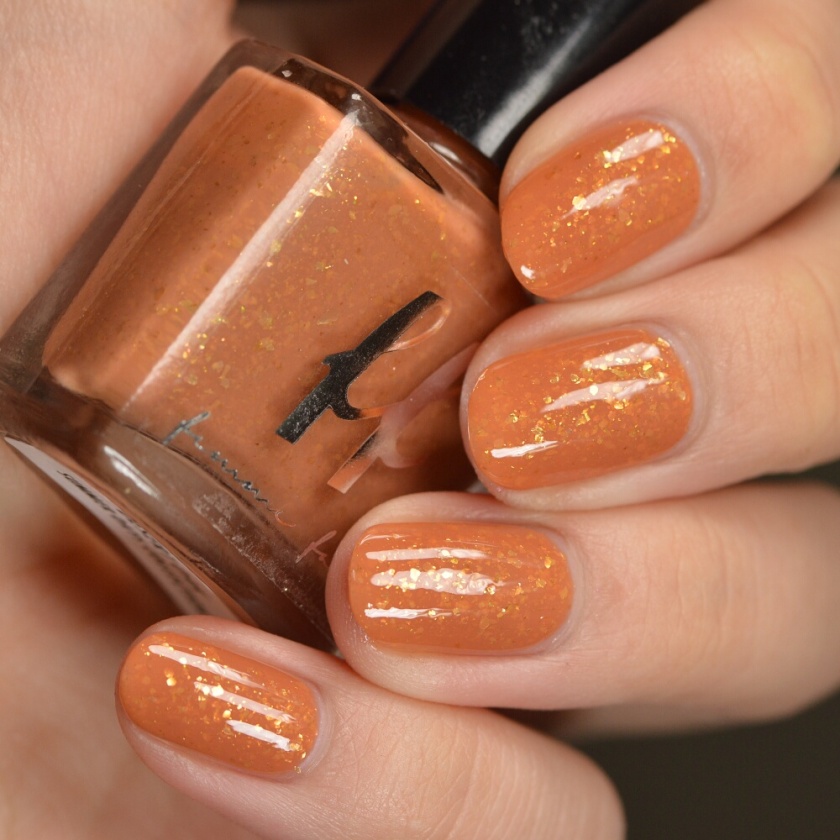 From the maker: Named after the Desert Oak species of tree found in Australian arid desert regions.

Desert Oak features a soft brown-orange base filled with gold flakes and accented with gold shimmers. The base color is a chameleon–up close it looks more orange, but at arm’s length it seems to lean a bit more brown. It’s really a sophisticated shade. And those golden flakes I loved so much in Light of a Dying Sun from the White Witch Vol. 2 collection are back! 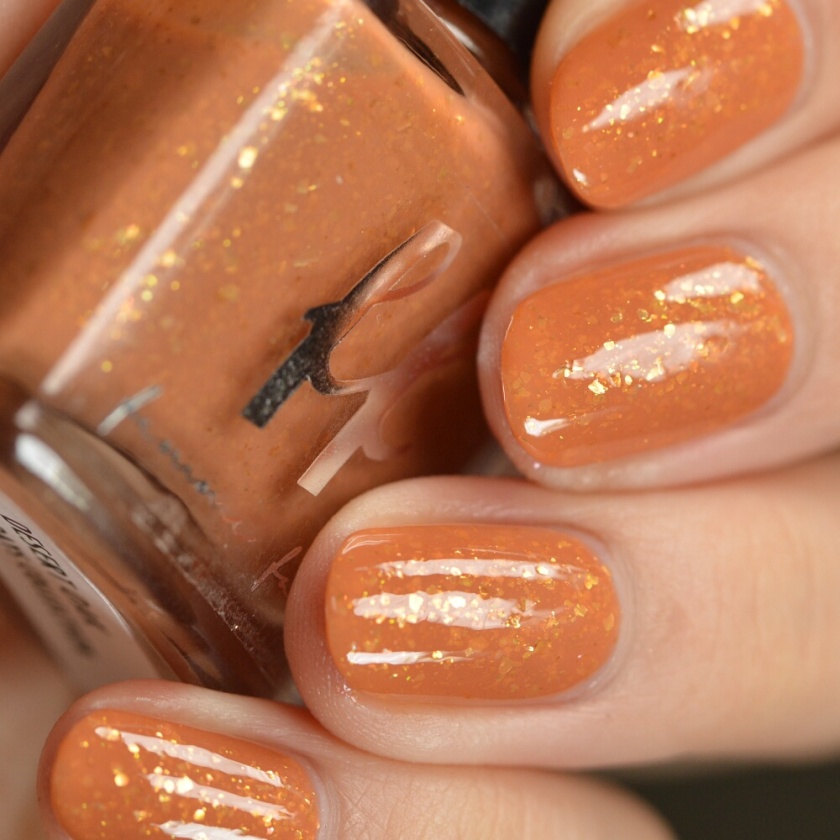 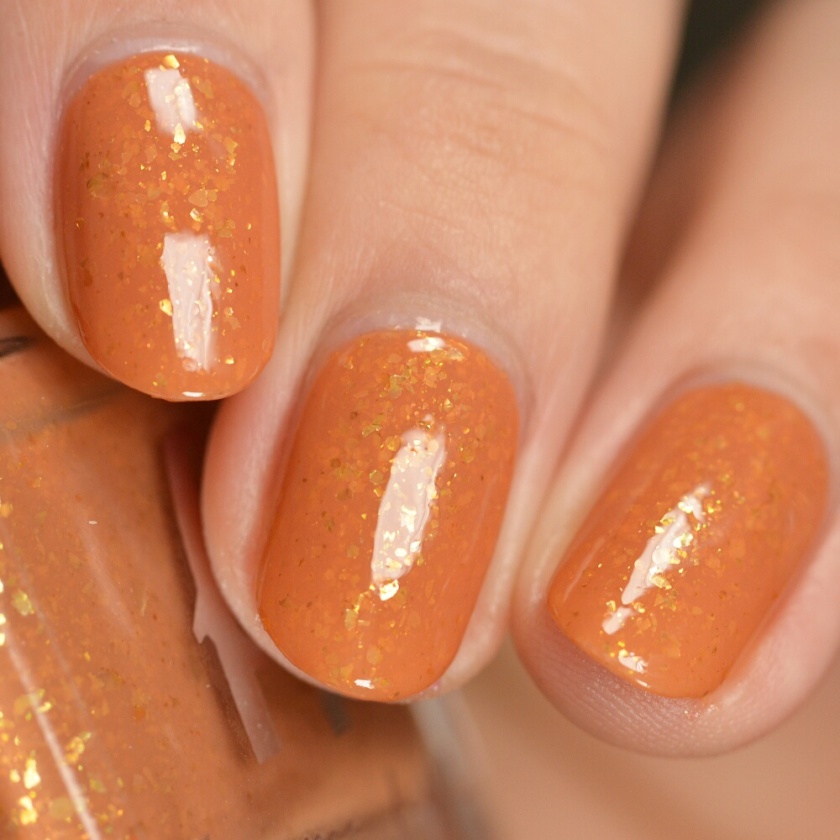 From the maker: A gumnut is the woody fruit of a eucalyptus tree.

Gumnut features a deep, forest green base with an array of holographic particles and copper/gold shifting shimmer. I just love these kinds of densely-packed scattered holos that utilize many kinds of holo sparkles and flakes. The result is beautiful and sophisticated, with a very earthy feel due to the green and brown combination. Stunning. 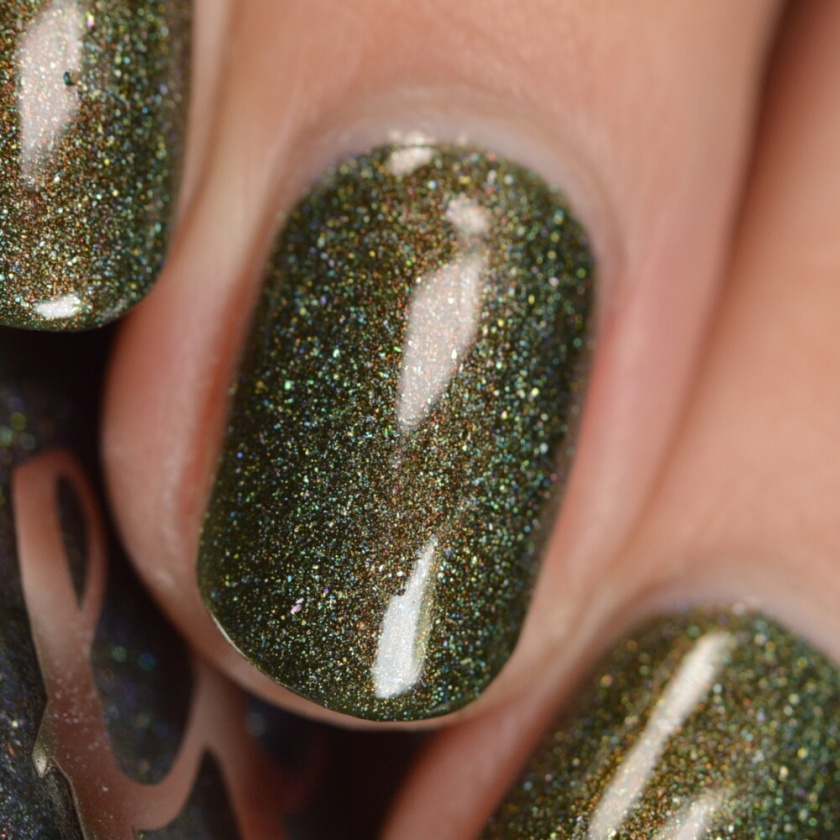 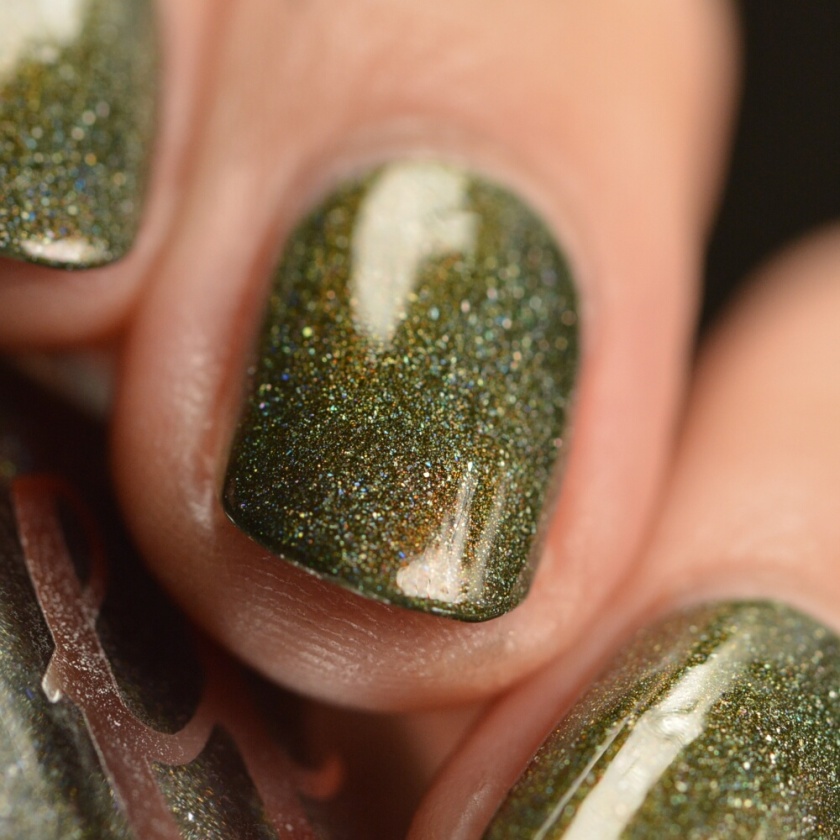 From the maker: Named after the Singing Honeyeater bird, one of our most widespread species of Honeyeater found in most states of Australia.

Honeyeater features a sheer yellow base filled with purple/pink/gold shifting shimmer and silver holo microflakes. Like many yellows, the base color pulls kind of green on me. The bright shimmer helps immensely with making this shade look okay on me. 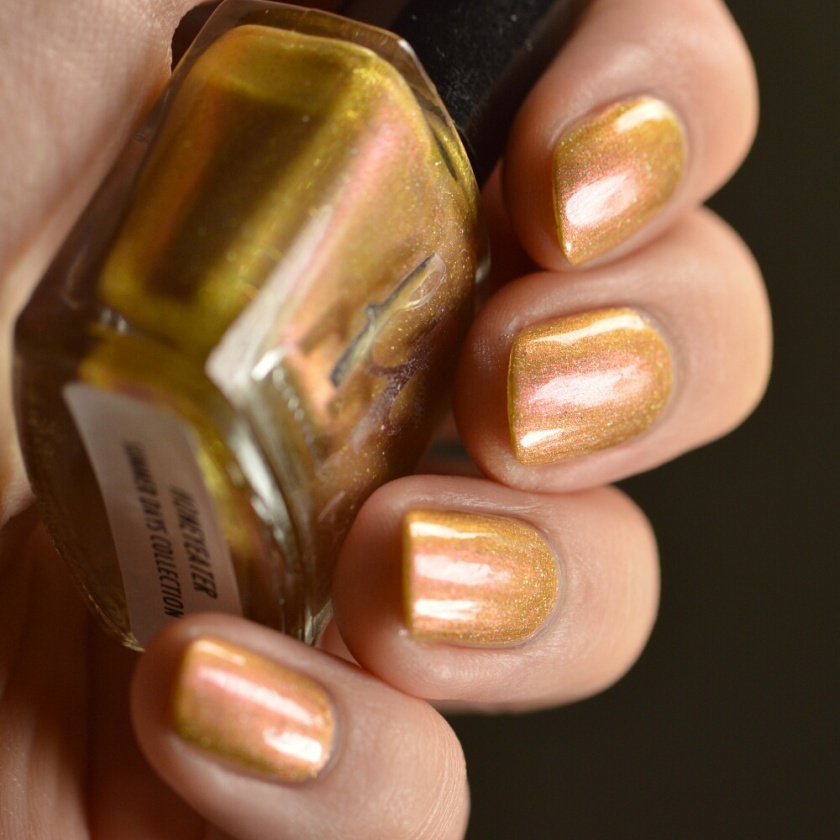 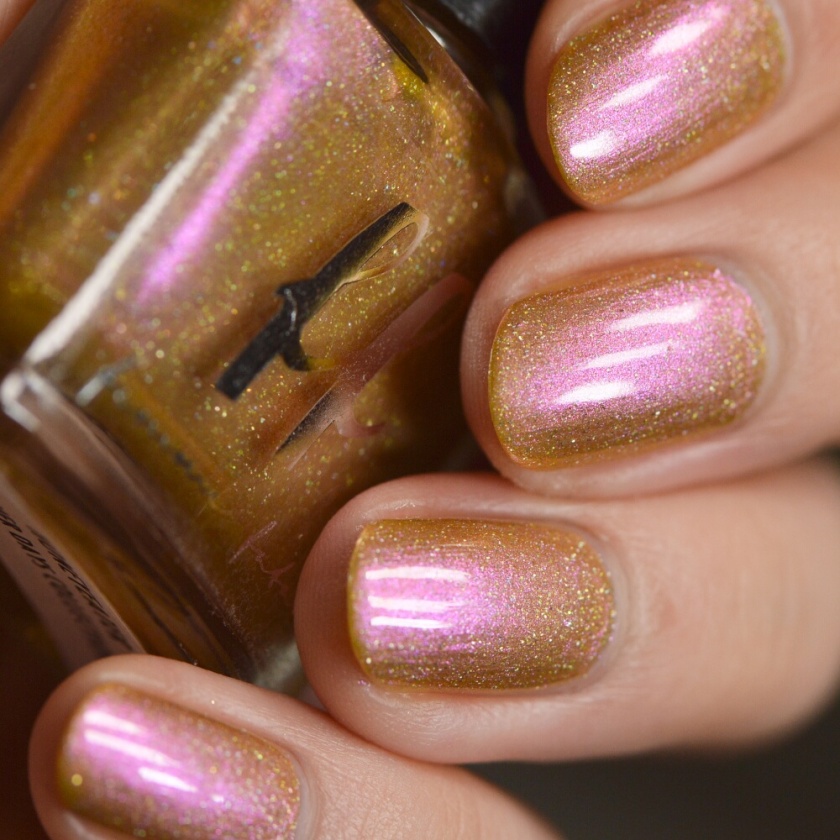 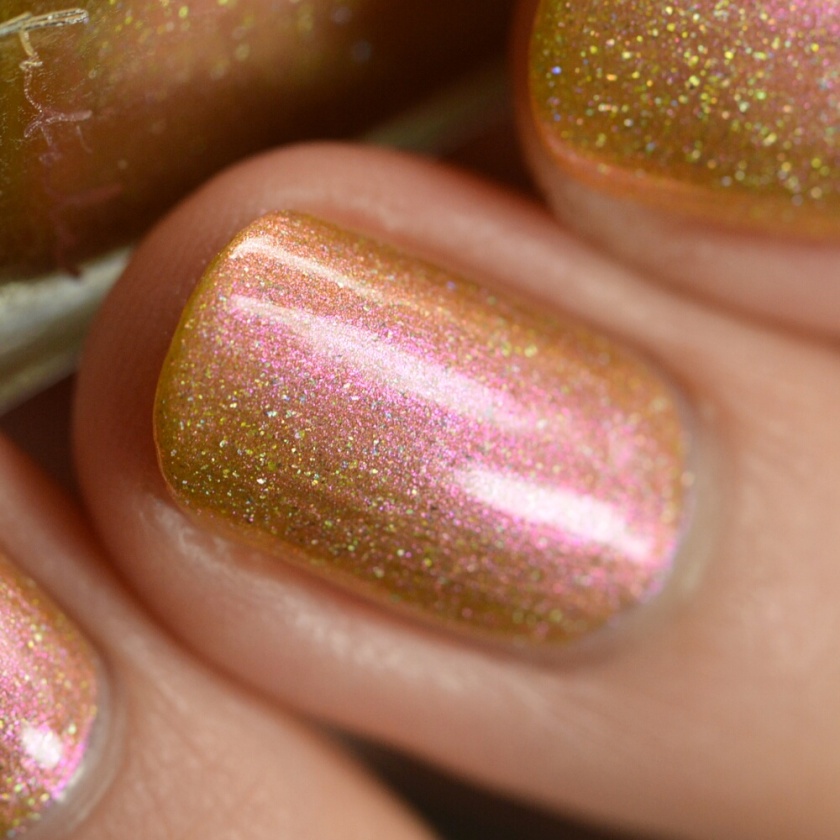 From the maker: Native to southern Africa, African lovegrass is a green, densely tufted grass. It was probably first introduced to Australia as a contaminant of pasture seed. Lovegrass grows throughout Australia, on roadsides and in grazing land.

Lovegrass is a chartreuse microglitter bomb. The official description lists additional holo sparkle, but I can’t say that I see it among all the chartreuse holo goodness. Gorgeous gorgeous shade. Super sparkly like all microglitter bombs, and applies smoothly (unlike some microglitter bombs…). If you have particularly short nails and apply thicker coats you might be able to get away with two coats. Otherwise three thin coats will do the job beautifully.

From the maker: Inspired by the sunrise; delicate pink clouds in Polly Kimm’s piece

Morning Haze is a thermal that transitions between a light peach when warm and a subdued Barbie-esque pink when cold. It is accented with some pink and silver flecks as well as a subtle copper shimmer. Very appropriate spring/summer palette–the colors are very pretty together, although I don’t love the warm state of this thermal on me. 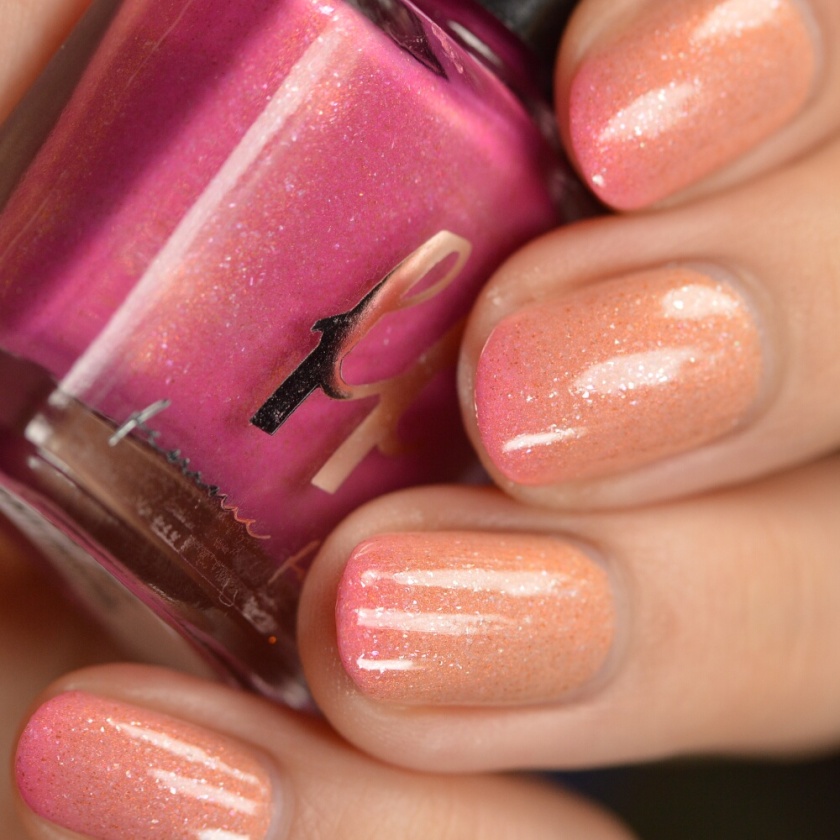 From the maker: Silvertop Ash is one of 700 Eucalyptus species of tree found in Australia

Silvertop Ash features an undersaturated purple base with a soft linear holographic effect and copper shimmer and microflakes. Sophisticated and beautiful. The formula is much lighter in body than Gumnut, and it applys easily and smoothly. It might look a little sheer on the first coat, but it will build to complete opacity by the third coat. 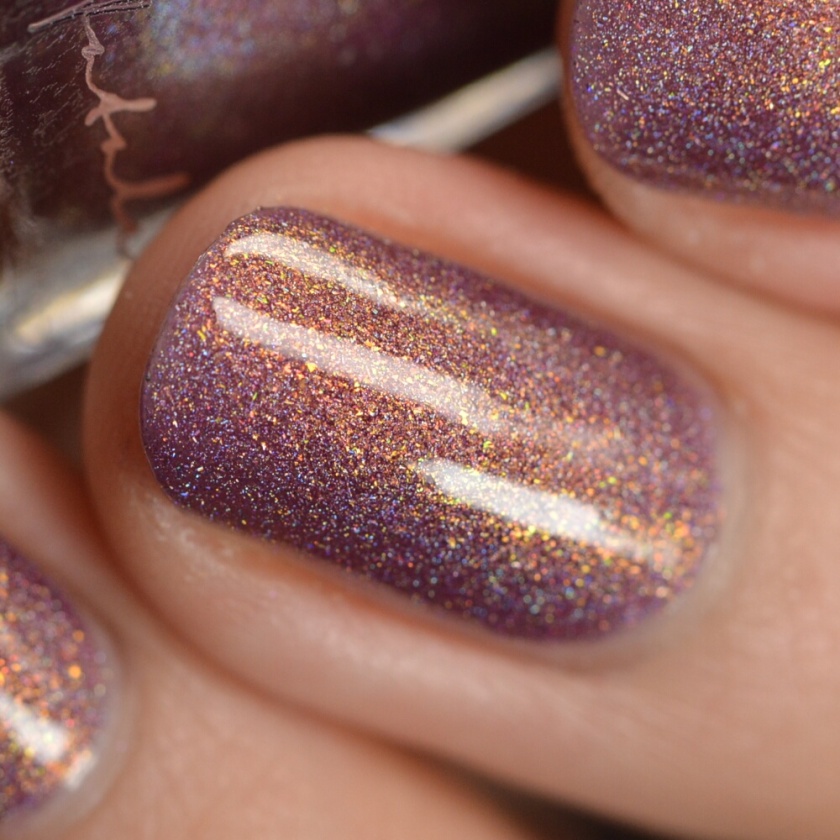 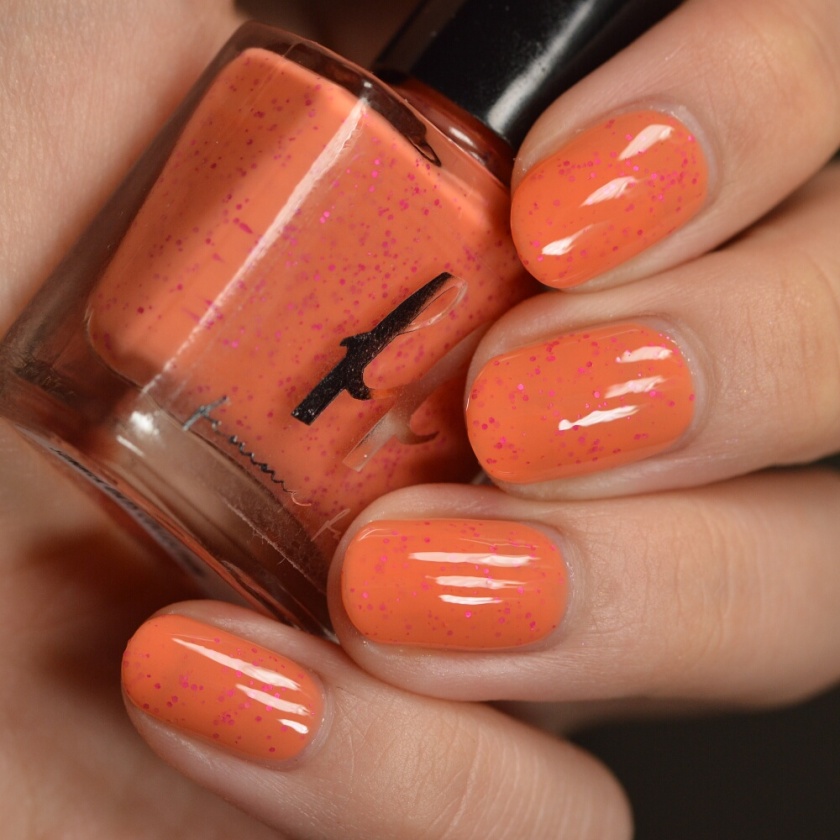 From the maker: Waratah is an Australian-endemic genus of five species of large shrubs or small trees, native to the south-eastern parts of Australia. The most well-known species in this genus is Telopea speciosissima, which has bright red flowers and is the NSW state emblem.

Waratah features an orange-leaning coral crelly base accented with magenta glitters. This base color is one that is difficult to photograph. It probably looks orange on your screen, but in real life it looks more like coral, and it also has a brightness I associate with neons (although I don’t think it’s bright enough to actually be neon). Overall I’d say it’s a coral that leans orange.

I had a little bit of sheerness at the tips after two coats, so I brushed on a partial third coat for full opacity. 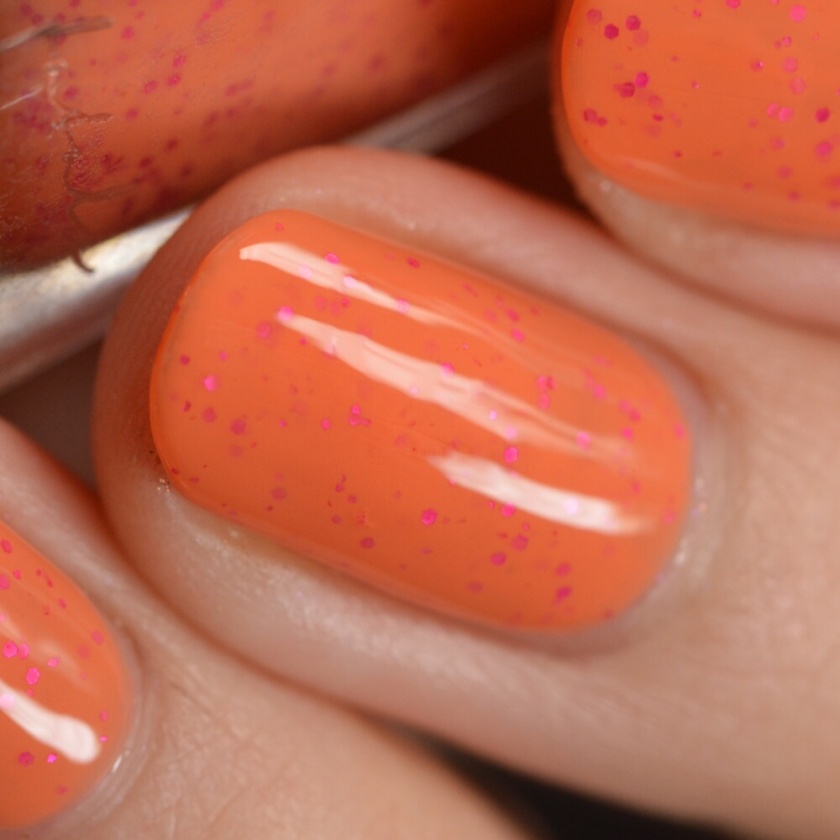 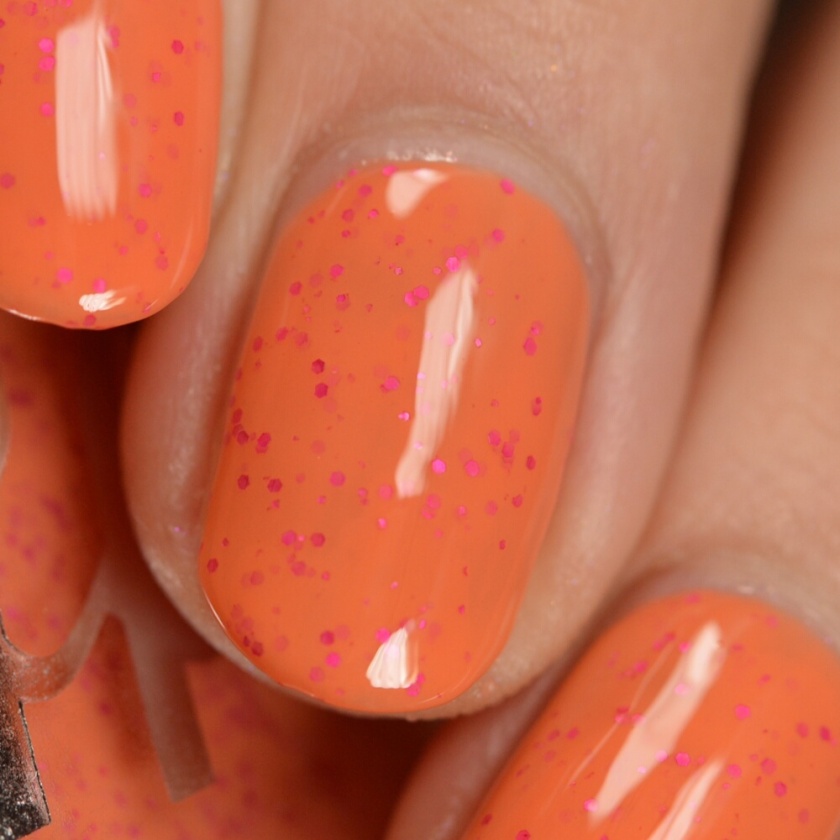 The Summer Days collection releases for preorder on April 1 at 9am AEST.

I've decided to try to be a bit looser with what I post. Sometimes I second guess myself and think that something is too simple, but maybe sometimes that's what we need?
Here's a quick and simple idea I've been meaning to do, and since it has to be done in the summer, no better time than the present! 🧡
*sponsored*
Black Lives Matter.
As soon as I saw the announcement for #HeyGreenMay, I knew the shade of green I definitely wanted to contribute--chartreuse. When I first learned of the concept of this yellow-leaning green (or occasionally green-leaning yellow), I was disgusted. I thought I'd never seen an uglier color in my life 😂 Fortunately I was maybe 10 years old at the time, so my taste is forgiven 🙈
There's something about the intense process of glitter placement that makes it an all-or nothing activity for me. Some days I sit down intending to do it...and give up after five minutes because I just can't. And some other days those first few minutes just gets me into a zone where I find myself gliding through the finish line. It's been a stressful few days so it's nice to have something go right.