*Disclosure: PR samples- I received this polish free of charge in exchange for photography.*

Previously, the SPrinkle of the Month series was exclusively made up of stamping polishes. However, Amanda felt that this was too limiting, so now it will include polishes of all finishes.

To kick us off, we have a birthday SPrinkle inspired by a mermaid cake! 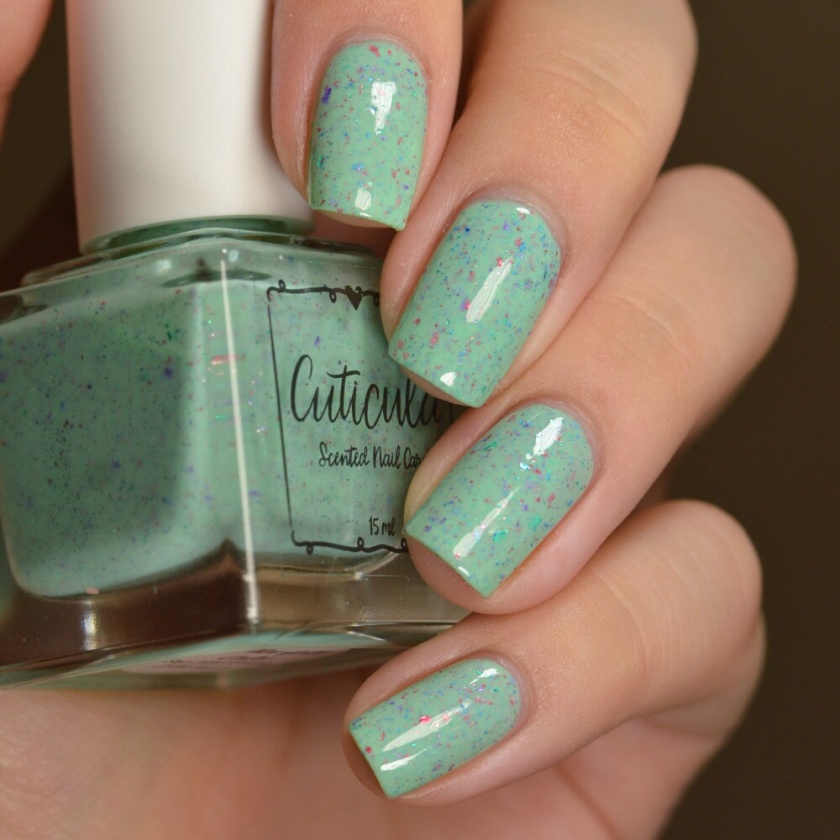 Fin-fetti Cake features an aqua base with a rainbow of microflakes.

This base color…was ridiculous to photograph. Here’s the thing: it is aqua, but it definitely leans green. Unfortunately, this seems to play oddly with my warm skin tone, and it looks much much greener on me than it does on lots of other swatchers. So I think you’ll definitely want to check on a swatcher whose skin tone most closely matches yours for the best idea of how this shade will look on you.

You’ll want to build this one up in three thin coats to allow those little flashes of color shine through as much as possible. The formula is relatively thin to make this easier. 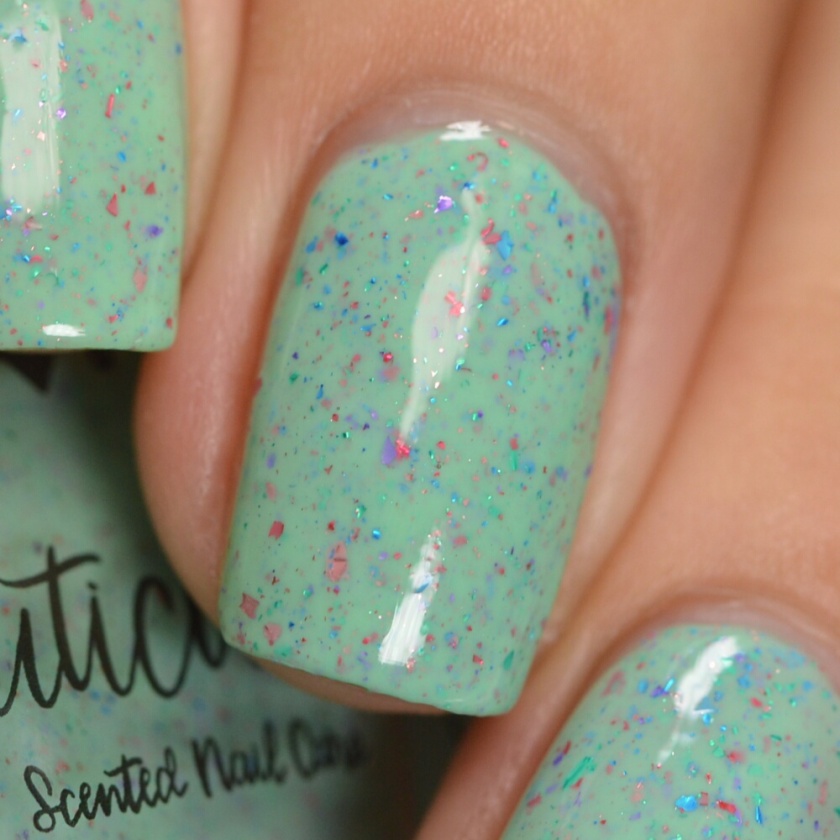 The September 2020 SPrinkle of the Month releases on September 12 at 8am Pacific.

One thought on “Cuticula: Sep 2020 SPrinkle of the Month”