*Disclosure: PR samples- I received these polishes free of charge in exchange for photography.*

A collection inspired by book series Crescent City, plus one nude creme

This collection has seven polishes, which can be split into two creme-based shimmers and five sheerer shimmery multichrome-type polishes. Because of the sheerer formulas, Sarah also created two nude cremes to be used as undies, one more pink and one more beige. I opted for the beige one for my skin tone, but if a pinker color suits you as a nude you’ll want to check out other swatches as well!

First up are the two creme-based shimmers. 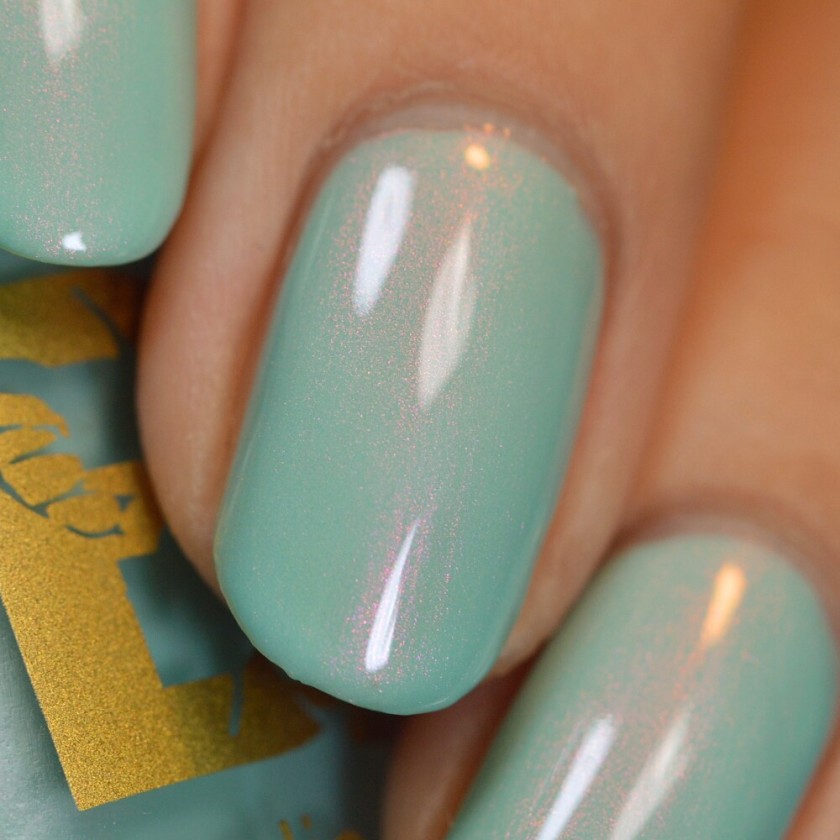 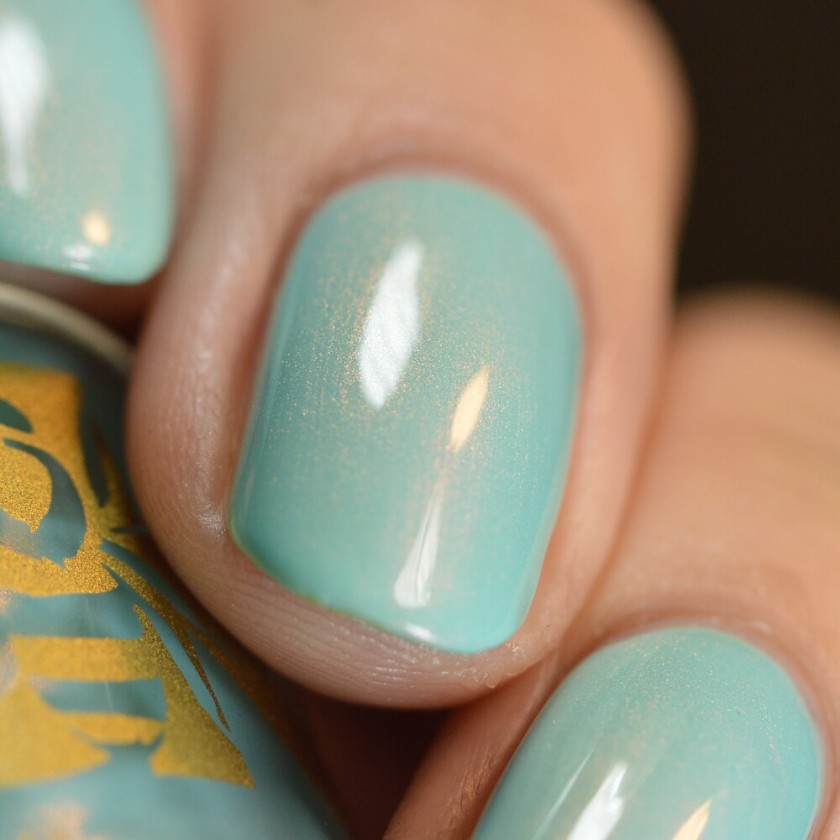 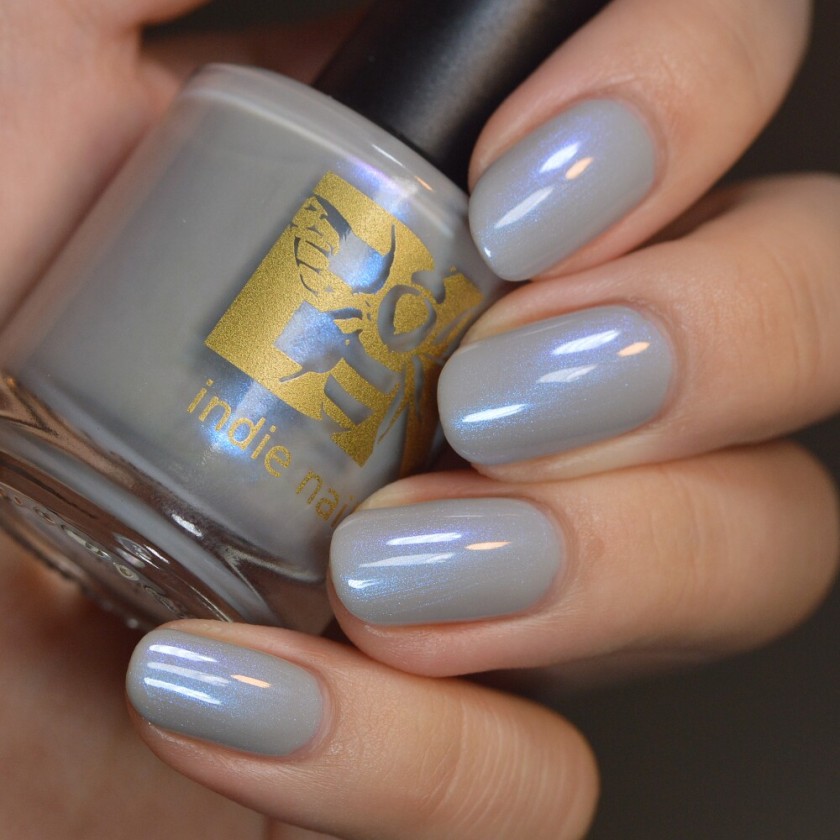 Umbra Mortis features a pale grey base with blue/purple shifting shimmer. The shimmer in this one appears almost ghostly. The formula is so very lovely. 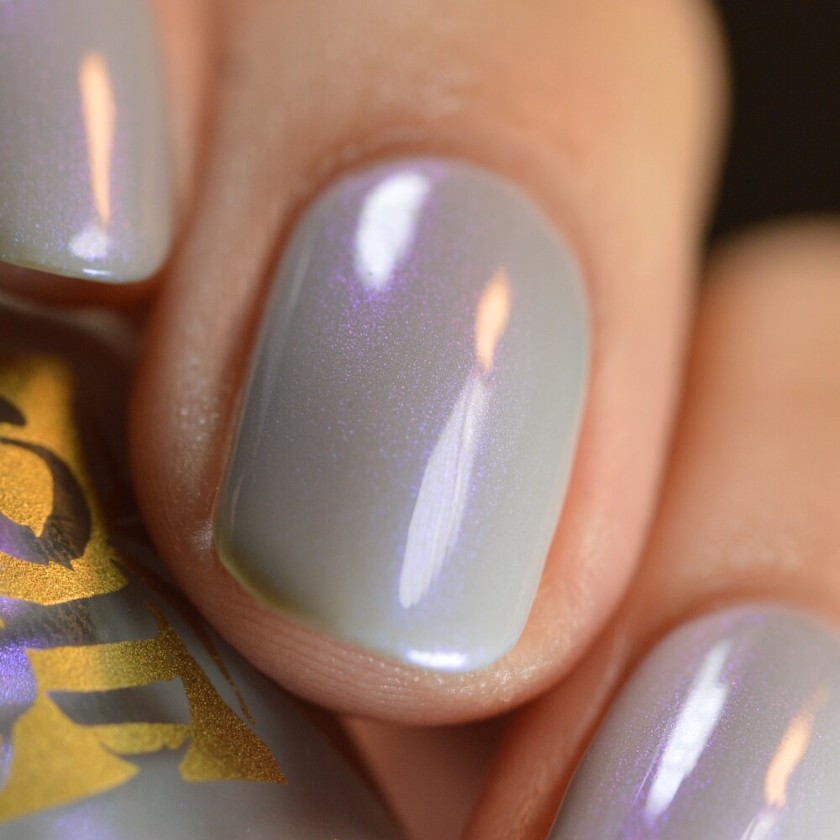 This is the creme base I chose. It is not part of the Crescent City collection, but it’s releasing alongside the others.

Possessed is a warm beige-tan crelly. It is a bit too close to my skin tone for me to be comfortable sporting it on its own, but it is perfectly-suited to be used as an undie under sheerer polishes to hide VNL, which is exactly what I will show you further below. It dries to a high shine on its own!

If you don’t have medium warm skin like me, please check out another swatcher who has a skintone closer to yours! 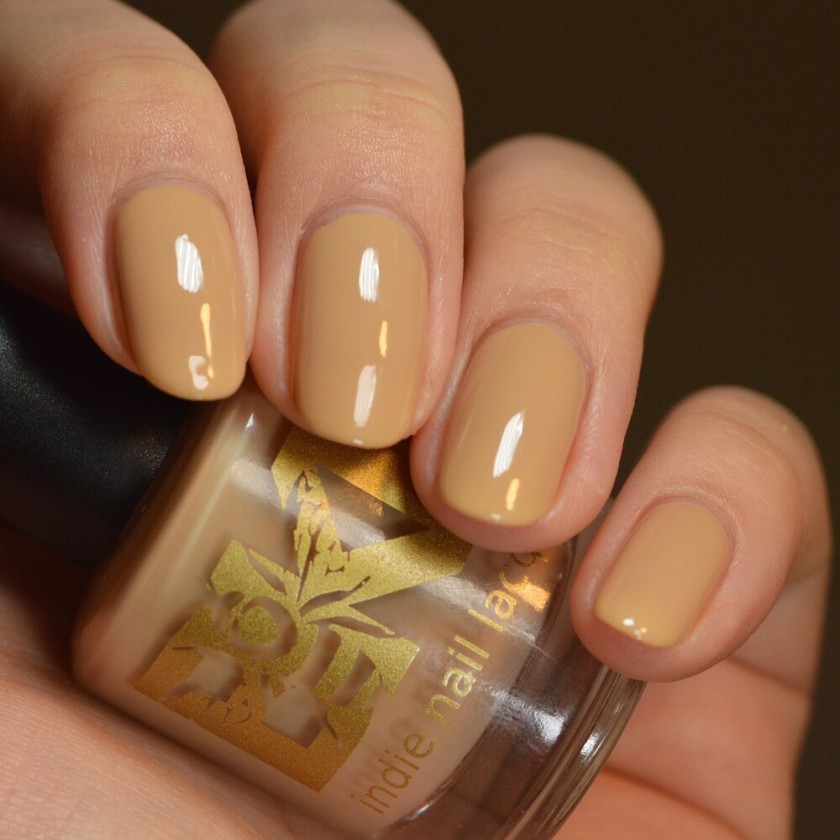 It is very buildable and self-levels perfectly, which is absolutely critical to any sheerer polish. Streaky sheers have no business taking up space in anybody’s collection. I love that I will be able to use this polish as an undie in either one or two coats depending on how much VNL I want to hide. I ended up using two coats under some swatches of the sheerer multichromes. 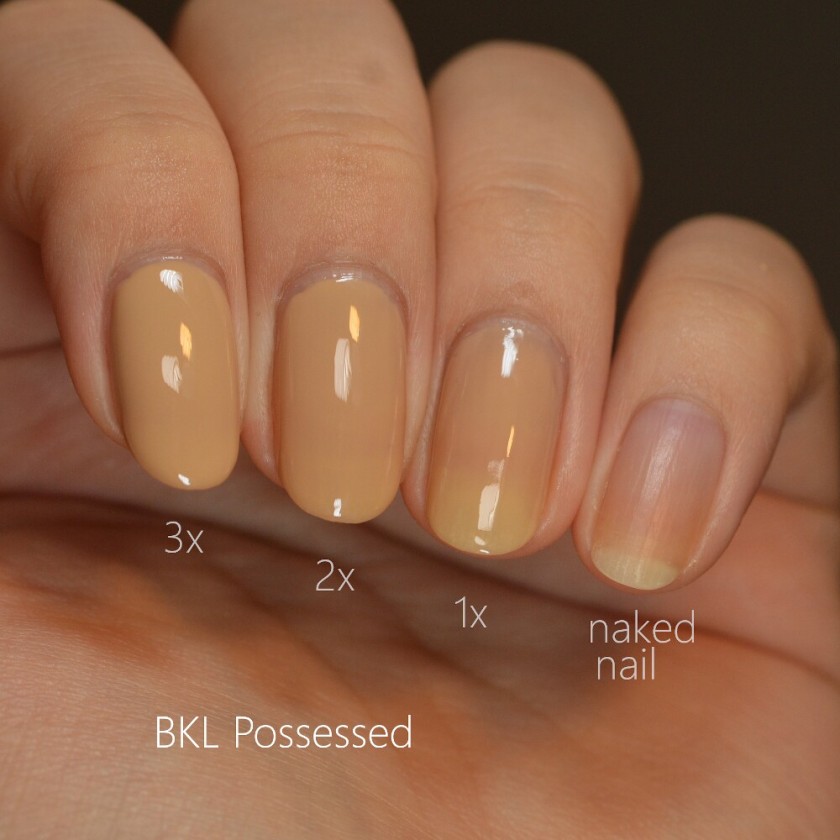 Alright, and now onto the five sheer, shimmery multichrome-esque polishes!

I show all five of these as a topper in one coat over two coats of Possessed on my ring finger, and on its own in three coats on the rest of my nails.

Lele is a pearlescent multichrome that shifts pink/gold/green. At three coats I can just barely see a peek of my VNL, but it’s minimal. As a topper in one coat, it just gives a lovely wash of pink/gold shifting shimmer. 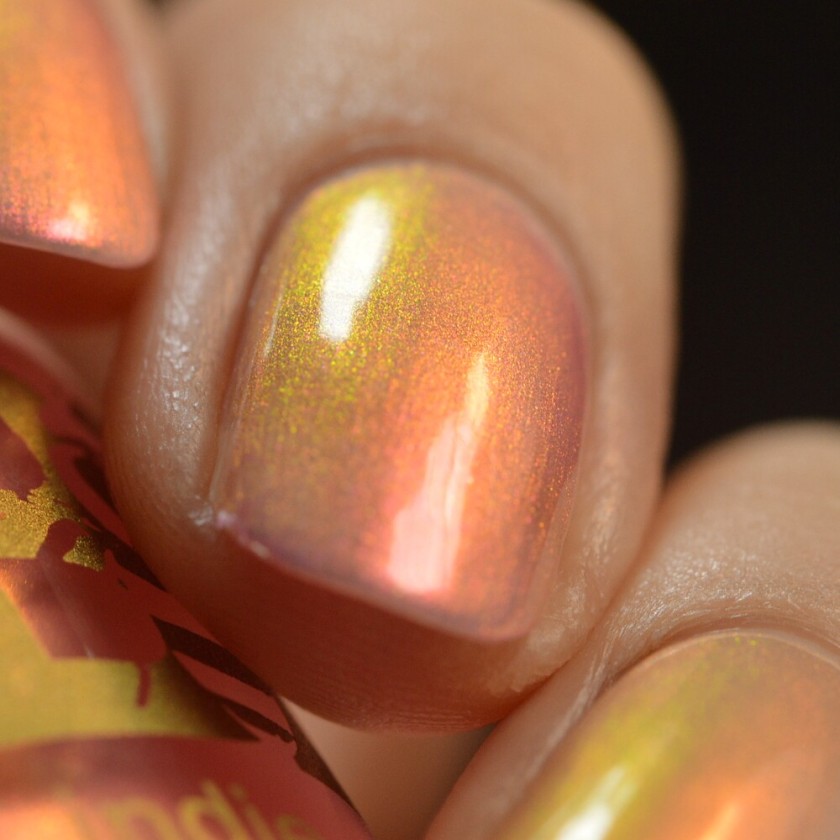 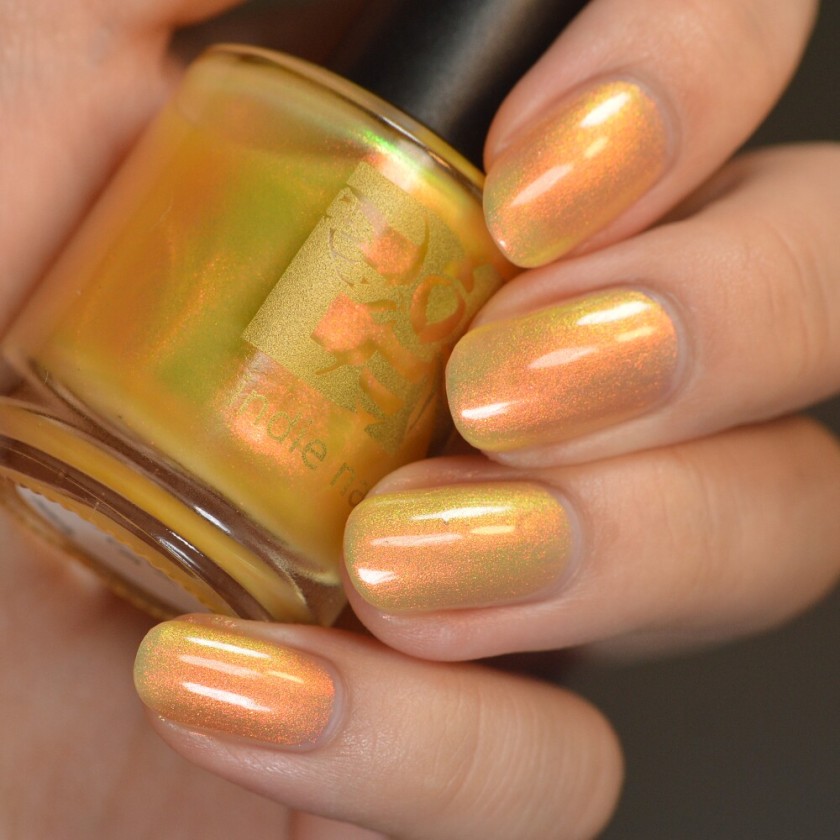 Light It Up features a sheer golden base filled with red/gold/green shifting shimmer. The resting red state of the shimmer is a little more saturated and brighter than it appears in my photos. In three coats I could definitely make out distinct VNL. As a topper it actually looks very similar to it on its own, just without the VNL, although this will vary depending on your skintone. I really like how this one looks on my warm skin! 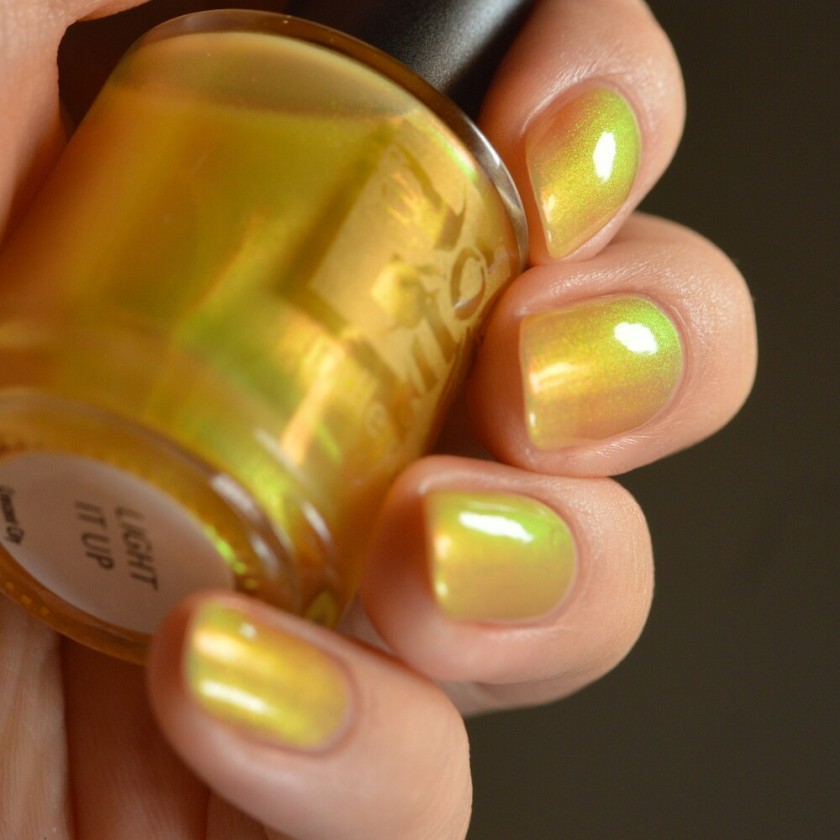 Luna’s Horn features a sage base that shifts silvery-white/green/blue. This one is so cool! The shift is so magical. It is the most shimmer-packed of the group, so be mindful of streaking when you apply. It also has the best opacity–I could almost get away with two coats but decided on a third for a perfect finish. This one also looks minimally different when used as a topper since the polish is quite opaque on its own. 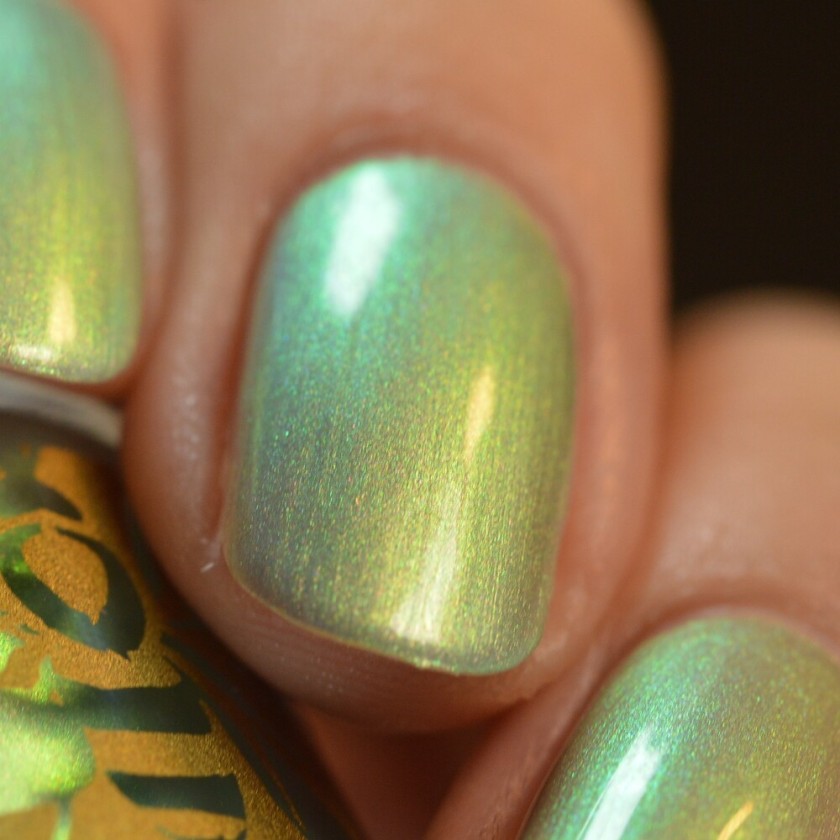 Prince of the Chasm

Prince of the Chasm features a sheer blue base that shifts teal/blue/purple. The resting color of this one is a touch more teal than it was photographing. This shade is quite bright and glowy. It’s on the sheerer side, so it looks different as a topper vs. when applied on its own. 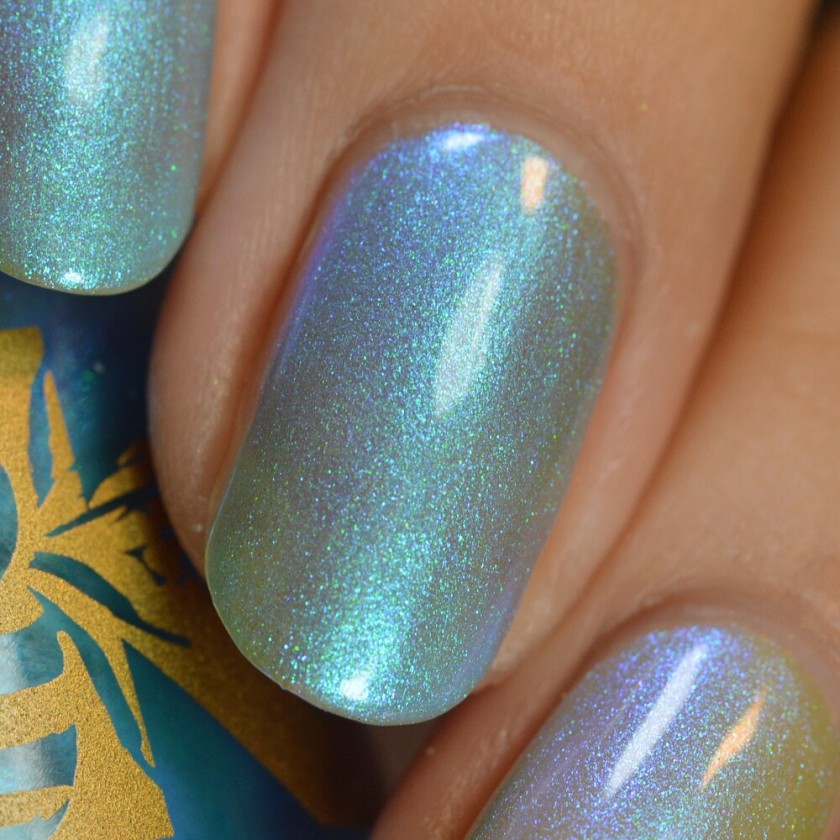 And lastly, The Viper Queen has a sheer green base that shifts green/blue. The resting state is kind of like a golden green that shifts further into a true green before hitting the luminous blue at the end. I really like this shade on my skin. Also one of the ones with better coverage, so the difference when used as a topper is minimal. 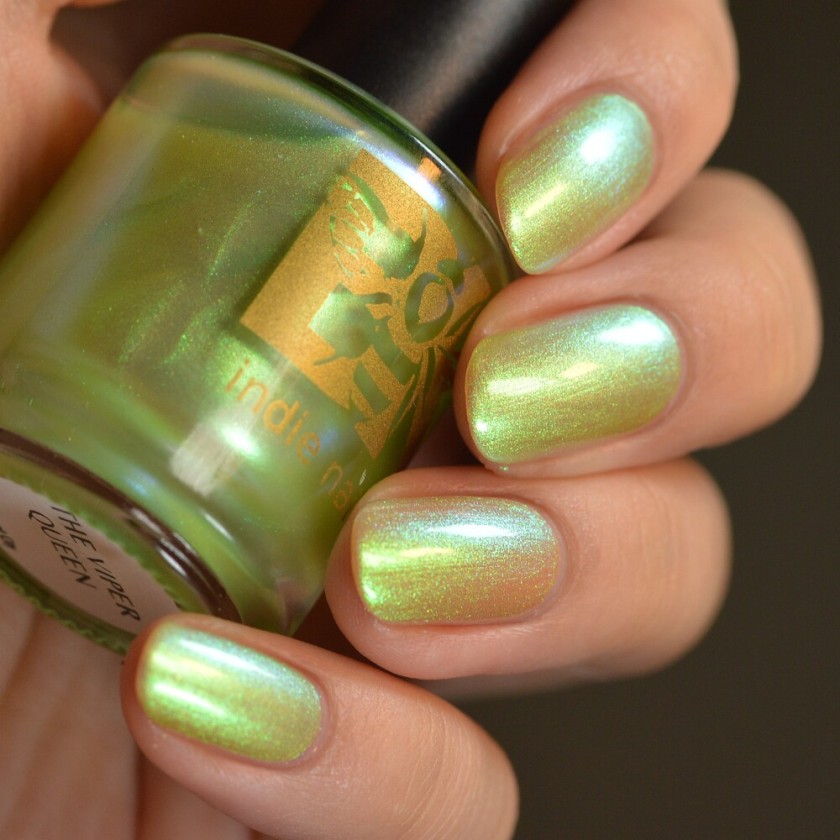 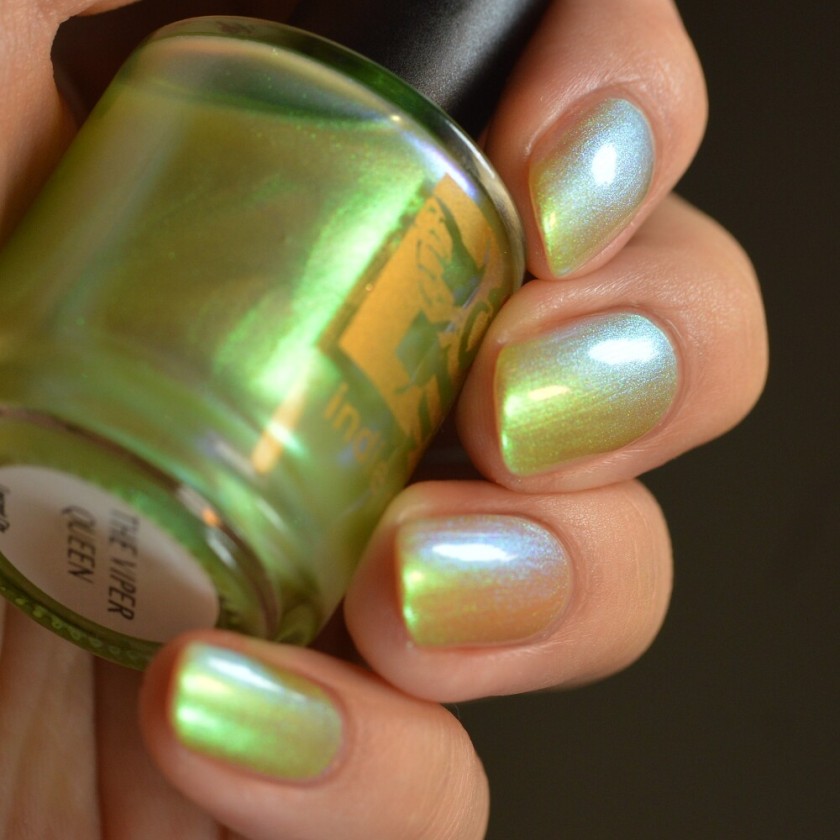 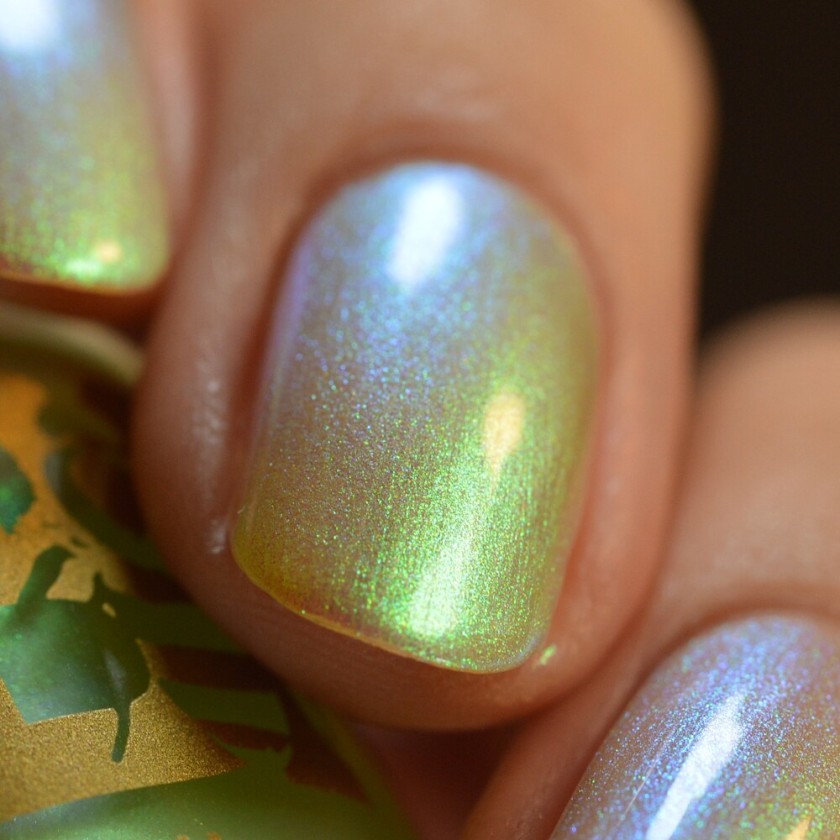 I've decided to try to be a bit looser with what I post. Sometimes I second guess myself and think that something is too simple, but maybe sometimes that's what we need?
Here's a quick and simple idea I've been meaning to do, and since it has to be done in the summer, no better time than the present! 🧡
*sponsored*
Black Lives Matter.
As soon as I saw the announcement for #HeyGreenMay, I knew the shade of green I definitely wanted to contribute--chartreuse. When I first learned of the concept of this yellow-leaning green (or occasionally green-leaning yellow), I was disgusted. I thought I'd never seen an uglier color in my life 😂 Fortunately I was maybe 10 years old at the time, so my taste is forgiven 🙈
There's something about the intense process of glitter placement that makes it an all-or nothing activity for me. Some days I sit down intending to do it...and give up after five minutes because I just can't. And some other days those first few minutes just gets me into a zone where I find myself gliding through the finish line. It's been a stressful few days so it's nice to have something go right.